Phwoar, boy's night out here, non-stop gratuitous violence, shootings and punchups, Statham at his best.
Interesting to note Kevin Spacey one of the producers.
9 out of 10.
And also caught a trailer of Expendables2 in the pipeline!
Posted by johnnyreb at 11:14 AM No comments:

So, us humans are the product of an ancient race who came to Earth and seeded the place with their DNA and around about 2093 some archaeologists figure out where they came from, and technology has advanced enough the spaceship Prometheus can warp out to whence the star-map says they came.
Only when they get there the welcome aint so hunky-dory.
Noomi Rapace has settled into a better role than the western thing she was in a while back, I hope she carries on as the new "Ripley" in any sequels, the yarn certainly ends leaving an opening for one.
Despite the critics giving this movie a hard time, I liked it. Sci-fi that has an aura of possibility do it for me.
8 out of 10.
Charlise Theron's in here too, exhibiting yet again her versatile cool. I see she's in a remake of Mad Max this year.
Posted by johnnyreb at 11:19 AM No comments: 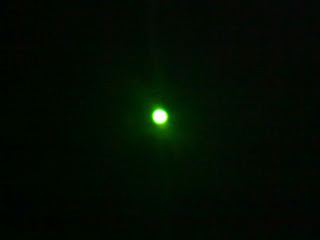 Didnt give this much fore-thought, seeing the weather was so bad, but around 2-3pm the cloud peeled away.
An article in the local rag stated no-one alive has seen a transit in NZ, they come twice in eight years, every 100 odd years apart, the last one was in 2004 but you had to be on the other side of the Earth to see it, and the next one isn't due for another 105 years.
That was enough motivation for me.
The old boyhood telescope somewhere up in the attic would have taken too long to set up, wouldnt have a clue where the smoked sun-lens would be, so it was down to the workshop and the arc-welding mask. I used to map sunspots as a kid by projecting from the eyepiece onto a sheet of paper. I burned holes through a few bits of paper before I got things right, lucky I still got my eyes.
Actually, it took two welding lenses to shut the light down enough, and sure enough, there was little dot Venus. So there, I saw it.
Even tried taking a pic with the cellphone, Venus is the little dot down near the bottom, lol.
Rather fortuitous the sky clearing, just imagine being old Capt Cookie sailing halfway round the globe, if the weather had been inclement when he got here.
Posted by johnnyreb at 10:06 PM No comments:

Well, have to say it dragged a bit at the 3/4 mark, but the story-line was great and Josh Brolin did a top job depicting the young Agent K.
Jemaine Clement was an impressive baddie, nice to see the Kiwi boys doing well, following Bret McKenzie's Oscar.
Will and Tommy good as ever.
7 out of 10
Posted by johnnyreb at 1:18 PM No comments: